HUAWEI is ready to go without the Android, - Harmony OS updates 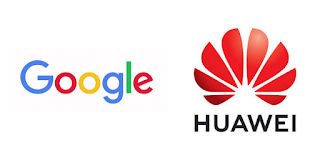 Of course! Huawei really have a Google alternative that it is about to unleash  One of the company’s execs has reportedly claimed that replacements for Google apps, including mail, messaging, maps and payments, as well as key underlying services will be ready soon. This follows other claims last week that the forthcoming flagship, the P40, which is due to launch in March, will ship with the company’s Google replacements onboard. Nothing is yet confirmed, but speculation is rife ahead of the company’s 2020 product launches.


The latest claims come from Huawei’s consumer head in India, Charles Peng, who was quoted in the country’s Economic Times on December 24 saying that “we have our own HMS and are trying to build a mobile ecosystem. Most of the key apps, such as navigation, payments, gaming and messaging will be ready soon.” Originally, the article suggested this might mean as soon as the end of December—this seemed overly optimistic and was corrected. Peng’s reported claim that “consumers won’t see a difference between GMS and HMS,” remains optimistic. Google Mobile Services is the licensed software that turns open source Android into the full-fat variant. HMS is Huawei’s alternative.

According to the Economic Times, Huawei, along with its sister brand Honor, has engaged with India’s app developers to splash cash from its $1 billion fighting fund to morph Google apps onto the HMS equivalent. “We are focusing on how to work with developers to offer a good customer experience,” Peng said. “It is a challenge that we are trying to address.” That challenge cannot be understated. Shifting regular apps to a new platform is one thing—a question of scale, but replacing native access to Gmail, YouTube, Google Pay and Google Drive is another.


Peng was also reported to say that the vast Indian developer base—alongside Chinese equivalents—will help the company deliver its HMS alternative in other regions as well, including Europe. “In every country,” Peng told the Economic Times, “we will focus on bringing the top 100-150 apps to customers through HMS—we will create an end-to-end business model with developers, content and service providers.”

This is a key test for Huawei. The lack of Google has become the poster child for U.S. sanctions against the company, and without a viable alternative it cannot compete in the international (non-Chinese) market where consumers expect the full Android experience. A week ago, Huawei’s global smartphone head, Richard Yu, told French media that the new P40 will launch in at the end of March. The exec also said that the P40 will succeed without Google, it will fill the Google-shaped gap with in-house alternatives of some sort. According to the French media reports, this meant a fully-fledged Huawei Mobile Services (HMS) with a suite of replacement apps.


What exactly this all means—including the intriguing “most apps” as articulated by Peng and a lack of specifics from Yu—we will find out in the next few weeks. Shortly after the blacklist hit in May, Yu promised the launch of an in-house Huawei operating system for the company’s smartphones—either late this year or early next. The new OS would run Google apps, only faster. Nothing of the sort has happened as yet. And then when the Mate 30 launched in September, Yu told the media there would be a semi-official workaround for Google. Again, nothing. Third time lucky, maybe.

On the assumption that Huawei’s Google alternative is available in the next few weeks, then the real battle begins—to persuade millions of consumers to make the switch. According to reports on internal sales numbers, Huawei has seen growth tail off in the all-important holiday fourth-quarter. It will struggle to maintain its smartphone sales trajectory if it follows the Mate 30 with another flagship product launch that fails to successfully answer the Google question. A worse result, though, will be launching a solution and finding that it falls flat. No easy options for the company.

I’m told that Huawei’s Plan A remains a return to Google, despite any news to the contrary. Whether this comes as a result of a U.S. Commerce Department license for Google to restore supplies to Huawei or as a next round trade deal concession, will not matter to the Shenzhen tech giant. In reality, there is no genuine alternative to Google’s vast Android ecosystem that will be available any time soon.

And so there is inevitable optimism in the timing associated with the latest reported claims and the seamless nature of any transition from GMS to HMS—how, for instance, do users shift their content from one mail or video platform to another? And what about the countless apps that will have been purchased? That said, the latest claims are consistent with those around the P40 launch in March. In the meantime, this news continues to put pressure on Google to lobby Washington for a return to business as usual. Huawei is the second largest Android smartphone maker after Samsung, and Google does not want to lose access to those valuable customers.


Huawei has been approached for further detail on this story.

Feel free to drop a comment, in the commenting position down below,
What do you think?