Trending Techs HD 4:29 PM
Given the coronavirus-led lockdown has disrupted supply chain and manufacturing lines in China, many companies have altered their product plans –and according to a new report, Apple is also delaying the launch of its 5G powered Apple iPad Pro to 2021.

The Cupertino-based tech giant had planned to launch the next-gen iPad around the end of this year. However, the pandemic outbreak forced Apple to reschedule the launch to later next year. It looks like the company wants to focus all its might in ensuring that its primary revenue and profit driver, the 5G iPhone 12 is launched as per the schedule.


Even though Apple had recently unveiled its new iPad featuring a LiDAR scanner and ultra-wide camera, reports suggested that the company had another iPad in the works and was supposed to be revealed later this year. This rumoured iPad was supposed to come with a new mini-LED screen and 5G connectivity.

This, now delayed, iPad was supposed to house an all-new 5nm A14 Bionic chipset, unlike the recently introduced iPad which is still powered by the last generation processor. The new iPad was also supposed to feature a mini-LED display as Apple feels it offers better brightness and contrast in comparison to the regular LED panels. These new panels are also preferred over OLED panels because of the yield and burn-in issues reported in the latter. 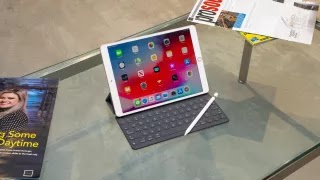 Best tablets: we'll just have to wait til 2021 to see if the iPad 5G to make this list

With the iPad 5G delayed, the Samsung Galaxy Tab S6 5G might be the first 5G tablet
Best iPad: the best iPads, ranked


LED delayed – until when?
Apple has used a similar display tech in its Apple’s Pro Display XDR. Noted Apple analyst Ming-Chi Kuo had reported that Apple might launch multiple devices sporting the mini-LED panel within a year’s time.


Though product lines in China have resumed operations, the travel restrictions and lockdown still in place in most parts of the globe means that activity hasn’t yet normalized. It remains to be seen how Apple plans to launch these products which have missed their scheduled release dates.