Trending Techs HD 2:38 PM
We were expecting a new Moto Z5 smartphone this year, but rumors have pointed to a completely different phone: the Motorola Edge Plus, as it’s supposedly called, looks to be a top-tier flagship that could give the best phones on the market a run for their money.

If true, it means Motorola is finally re-entering the flagship phone race, which it has stayed out of since the Moto Z3 was released in 2018. But that handset was still constricted by its Moto Mod compatibility, at least in size and cameras.

Not so with the Motorola Edge Plus, if the leaks are to be believed: this is a big, powerful phone with a huge 108MP main camera, ‘waterfall’-style curved display, 5G connectivity, and more.

While the final device could look different and pack different perks, the rumors are starting to coalesce around a unified design and feature-set. Keep reading for our detailed list of everything we’ve heard about the most intriguing comeback phone of 2020.

There are also rumors suggesting a slightly lower-specced Motorola Edge is coming, too – which means the Motorola Edge Plus may follow flagship convention as the bigger, more impressive version.

What is it? The next flagship from Motorola

When is out? Probably May 2020
How much it cost? Expect flagship prices


Motorola Edge Plus price and release date
Motorola hasn’t so much as confirmed whether the Edge Plus is real, or if that will be its name, though rumors have repeatedly suggested that nomenclature. We can’t even look to precedent for much guidance: unlike other phone series that have launched in the same window every year, the Moto Z3 came out in August 2017 while the Moto Z4 followed in May 2019.

Motorola is hosting an event on April 22 - that's today - where we're expecting to hear about the Edge and Edge Plus, but the company has yet to confirm these are the names of the new devices we'll be seeing.

That said, Motorola has confirmed it'll be a flagship launch so even if they're not called Motorola Edge you likely won't be disappointed. The event is starting at 12pm EST / 9am PT / 5pm BST today, April 22, which is 3am AEST on April 23.

How to watch the Motorola Edge launch live stream
It’s unclear how much the Edge Plus will cost, but given its top-tier specs, huge size, and quality display, we’d guess it will be priced close to other flagship phones with similar features. It might not be alone, either: there’s rumor that a lower-powered Motorola Edge will be released, too, which could follow precedent and be cheaper than its Plus sibling. 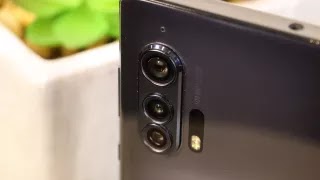 Perhaps the most comprehensive look at the new phone comes courtesy of noted leaker @OnLeaks and the site PriceBaba. Judging by initial photos, the Motorola Edge Plus has a huge display with ‘waterfall’-style curves at the edges, the world’s tiniest punch-hole on the top-left of the screen, three cameras on the back with what could be a time-of-flight sensor and flash next to it - and, if the leak is to be believed, a 3.5mm headphone jack.


As usual, 360° video + gorgeous 5K renders + display size + dimensions, on behalf of my Friends over @Pricebaba ->

That same leak also provided a CAD render. If it’s to be believed, it suggests a flat bottom and top, much like the Samsung Galaxy Note 10, a volume rocker and power button on the right side, and a USB-C port on the bottom with a speaker on the right. Where’s the 3.5mm jack? On the top, naturally.


Another reveal by Blass showed off renders suggesting the main rear camera will be 108MP. It also reveals profile views of the phone, which have each rear camera lens protruding on its own - they do not look flush with the camera block, unlike other flagship phones. 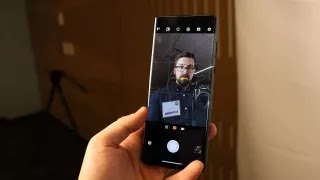 Credit: Evan BlassCredit: Evan Blass (Image credit: Evan Blass)
Finally, a specs leak from XDA Developers for the Edge Plus suggests it will get a 6.67-inch FHD+ (2340 x 1080) display with 90Hz refresh rate, 128GB of storage space - and a curious differentiation between two codenames. These are allegedly split between a more powerful phone, ‘burton,’ and a less powerful one, ‘racer.’ This could refer to the standard Motorola Edge that was also rumored to be coming with slightly lower specs and cameras.

A different Motorola Edge leak via XDA Developers suggests the slightly less powerful ‘racer’ handset will still be formidable. The biggest difference: instead of the leading Snapdragon 865 chipset, the standard Edge will come with a Snapdragon 765, but have 16GB of RAM and a 4,500mAh battery.

Likewise, the Edge’s alleged cameras have been reduced to a 64MP main shooter, though it should still get a 90Hz refresh rate display. However, it’s not clear whether it will have 5G connectivity.