Trending Techs HD 3:18 AM
In an official blogpost, Samsung has hinted that it has started work on image sensors with resolutions as high as 600MP, which is sharper than the human eye can perceive. 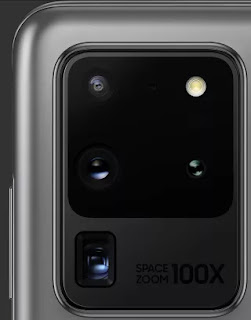 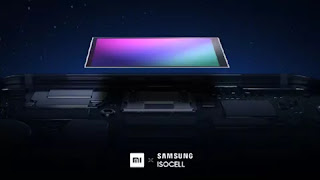 The Korean technology giant was among the first to manufacture and use 108MP ISOCELL camera sensors in smartphones, which appeared in the Samsung Galaxy S20 Ultra's main camera. That's still below the supposed 500MP resolution of our eyes, Samsung EVP Yongin Park explained in the company blog post, but a 600MP sensor could change that.

To get there, Samsung is developing ways to pack a high number of megapixels in small sensors. The company has been using ‘Nonacell technology’ which employs a 3×3 pixel structure compared to a standard 2x2 array.

Translation: while other phones use the latter method (called 'pixel binning' or 'quad pixel') to combine four pixels to function as one, the Nanocell method combines nine, which could allow nine 0.8μm pixels to work like one 2.4-μm pixel. This increases the amount of light absorption that the pixels are capable of while also improving low-light performance of the sensors.

Sensors for taste and smell

Beyond high-megapixel sensors, Samsung is also researching sensors that can detect wavelengths beyond the human eye’s capability: using ultraviolet light, for instance, to detect cancer cells, or infrared sensors for dark light photography.


Those applications seem far more capable than using light waves to detect oxygen levels in blood, like the Withings ScanWatch does.

Furthermore, the company also indicated that its research scientists would be working on sensors that can register smell or taste.


They didn't hint at how, for instance, though this isn't the first we've heard of the concept – a patent suggests a future Apple Watch may be able to detect body odor.

Of course, we assume Samsung's 600MP camera will be headed for smartphones, but the company is expecting to expand its sensors into more devices, per the blog post. It could provide camera sensors for autonomous vehicles, drones, and other IoT (Internet of Things) devices in the future – though exactly when is unclear.


WHEN CAN BE EXPECTED?

Samsung hasn’t actually detailed a road map as to when we could see these sensors or how it would overcome the challenges towards achieving such high megapixel counts. However, it reiterated that the high MP count trend will continue through 2020 and beyond.

It is also possible that 600MP sensors might not be used in smartphones at all as there is nothing in the blogpost that actually suggests such a possibility.

This bit of news comes amidst reports that we could possibly see a 256MP camera by the end of this year itself.