Motorola can't keep mouth shut on its next flagship smartphone series to rival the Galaxy S20 lineup which will come on April 22, according to a tweet shared by the Chicago-based company today. 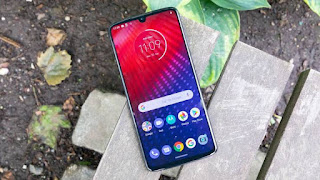 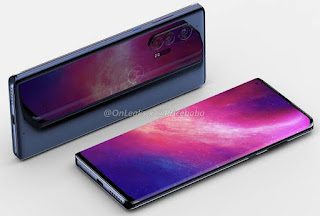 The Motorola Flagship Launch E-vent will be next Wednesday, April 22 at 11 a.m. CT/12 p.m. ET. Motorola is expected to unveil two new 'Edge' devices at the online press conference, including the standout Moto Edge Plus.


The Edge series is positioned to replace the modular Moto Z family, which first launched back in 2016. In our Moto Z4 review, we found Motorola's latest handset to provide a decent 5G-ready experience for a budget price, but it lagged against competitors like the Google Pixel 3a.


If rumors about the Moto Edge's processing boost prove true, it could being the company back into the premium flagship market.


The Moto Edge Plus reportedly features a Snapdragon 865 processor, which is the same chipset powering all the Samsung Galaxy S20 phones as well as the LG V60 ThinQ 5G.

Check out the latest trends in technology here
Motorola's new phone is also rumored to sport a 6.67-inch display with a faster 90Hz refresh rate, catching the Edge Plus up to the likes of the Google Pixel 4 and OnePlus 7T. We're also expecting a 5,000-mAh battery, and a triple camera array led by a 108-megapixel main sensor and a 25MP camera up front.

We also expect to see a budget Edge device offered alongside the Edge Plus, which could pack less powerful hardware and smaller 64-megapixel main sensor.

Of course, this is all speculation. The Motorola Flagship Launch E-vent's teaser video doesn't confirm any of previous leaks or rumors, but we could learn more as the announcement date approaches.