Trending Techs HD 1:34 AM
The 2020 MacBook Pro (13-inch) is officially here. Apple finally released its smallest Pro, and after the landmark year the flagship Apple laptop had last year, the MacBook Pro 2020 might be one of the most interesting launches yet – for better or worse.

Following in the footsteps of the MacBook Pro 16-inch, which brought in a few impressive updates like narrow bezels, an all-new keyboard and probably the best speakers ever to exist in a laptop, the MacBook Pro 2020 (13-inch) comes with that amazing Magic Keyboard. That’s alongside a dedicated TouchID button, a lighter design and some incremental hardware upgrades.

Unfortunately, it’s only the high-end model that’s getting a new 10th-generation Intel processor. The base model recycles an aging 8th-gen Intel Core i5 processor, with only a slight increase in storage over last year’s model. No professional-grade laptop should pack a two-year-old CPU, and this makes us wonder if Apple should give the 13-inch MacBook Pro a new name.

With the imminent release of the MacBook Pro 2020, we went ahead and gathered everything together in one place. Be sure to keep this page bookmarked, as we'll add any new information that surfaces – including anything related to the new 16-inch MacBook Pro. 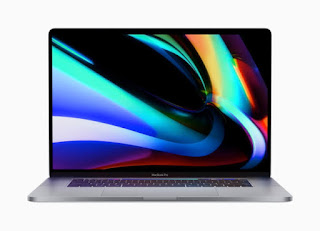 
MacBook Pro 2020 release date
The MacBook Pro 13-inch was announced on Monday, May 4, and the first shipments appear to be scheduled for Thursday, May 7, although some higher-end configurations won’t deliver until a later window: May 18 to May 20. Since the MacBook Pro 16-inch launched in December – taking place of the 15-inch laptop – this 13-inch version may be Apple’s last major Pro update for 2020. 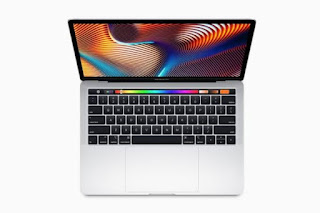 
MacBook Pro 2020 keyboard
Ever since 2015, the MacBook Pro has been using Apple's Butterfly Keyboard. While this allowed the laptop to be much thinner and lighter than before, it was loud, arguably uncomfortable and prone to failure. It failed so often, in fact, that Apple had to deal with a class action lawsuit. Dust and debris could get into the keyboard switch, causing the keyboard to either fail or result in repeated characters when typing.

Apple did eventually create a keyboard repair program, where affected users could get their laptops repaired, but obviously a design flaw like this isn't ideal.

Luckily, the 13-inch MacBook Pro 2020 is using the same Magic Keyboard as the 16-inch model that debuted in November 2019. This keyboard is one of the most comfortable we've typed on, and it should see the end of Apple's years-long faulty keyboard controversy.

This does see the touch bar get a bit smaller, but with a dedicated TouchID button and an escape key, it should be a lot easier to use (and with fewer mistaken inputs).


(Image credit: Apple)
MacBook Pro 2020 specs
The MacBook Pro is Apple's laptop geared towards creatives and professionals, and as such it's packed with the latest and greatest mobile hardware. Only the 13-inch model has been revealed so far, but there are some interesting details.

For instance, the new 13-inch MacBook Pro is using 10th-generation Intel processors, and it appears as if they're Ice Lake. Apple typically doesn't reveal the exact silicon running in their laptops, so we're not sure whether it's Ice Lake or Comet Lake. However, all versions of the new MacBook Pro are using Intel Iris Graphics, so it's safe to assume that they're running Ice Lake.

But, not all of the laptops are.

The entry level models of the MacBook Pro 2020 are still using 8th-generation Whiskey Lake processors. Based on our testing of past laptops, we can pretty much say you're not going to get a huge difference in performance whether you go with the 8th generation processor or the 10th. The big difference will probably lie in battery life, as Ice Lake is a much more efficient CPU, even if it doesn't quite out-muscle the old chips.

However, if you do go with one of the new processors, you'll be able to configure the MacBook Pro 2020 with up to 32GB of RAM. This is an absolutely gargantuan amount of memory for a 13-inch laptop. We wouldn't recommend most people go with this option, but if you need that much memory, at least the option is open to you.

The display is high-spec as usual, hitting a QHD resolution of 2,560 x 1,600. Yes, that does mean the MacBook Pro is still shy of hitting 4K, but with a 13.3-inch display, the difference would likely not be noticeable to a vast majority of people. It also has a P3 wide color gamut and 500 nits of brightness, meaning it should remain one of the brightest and most colorful laptop displays on the market.

It's kind of a shame that we didn't get a refresh of the 16-inch model, however. In our brief testing of laptops rocking the new 10th-gen Intel Comet Lake-H processors, we've seen much better performance along with some amazing battery life. Maybe we'll see these improved CPUs in the next version of the 16-inch laptop – they did just come out in April, after all.
Tags
Apple Google Google Fit google pay debit card iPad pro iPad pro 2020 iPhone 12 iPhone 12 pro max Jeff bezos