Trending Techs HD 12:48 AM
Apple has finally announced iPadOS 14, so we now know how iPads will change when it eventually rolls out towards the end of the year. The new tablet operating system update is based on iOS 14, but with a few extra features which might transform how you use your iPad.

iPadOS, released in 2019, was a forked version of iOS which had a few features designed just for iPads, and iPadOS 14, its successor, announced alongside iOS 14 at Apple's WWDC 2020 event, continues that legacy with changes for accessibility and the Apple Pencil, as well as other things.


Apple gave an overview of the new operating system during its WWDC keynote, but we often find with Apple software there are more key features it doesn't share the details of straight away, so we'll update this article over time as more information comes to light.

Apple has released a device compatibility list, and it's good news for people who liked the original version of iPadOS, as no devices that were able to download that version have been left off this new list, and of course it includes new iPads released in the last year.

We don't yet know the iPadOS 14 release date, or even when its beta will drop beyond a rough 'July' date (although you can sign up already), but again we'll let you know as soon as Apple shares that info.


iPadOS 14 release date and availability
We're not sure when iPadOS 14 will drop – while Apple's software is generally unveiled at WWDC, it's usually released later, alongside that year's new iPhones, which this year will be the iPhone 12 range.

However, the Covid-19 pandemic has reportedly caused the iPhone 12 release to be pushed back, and we're not sure by how much, so we could see iPadOS 14 released at any point from the eventual iPhone launch date to the end of the year, or perhaps even 2021.

An iPadOS 14 beta will be released before then though, in July. This will be a preliminary version of the update for the public that keen users can download to try it out. 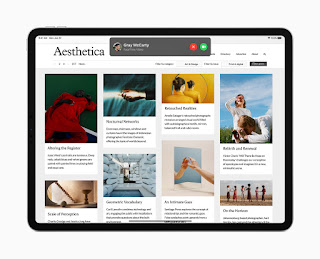 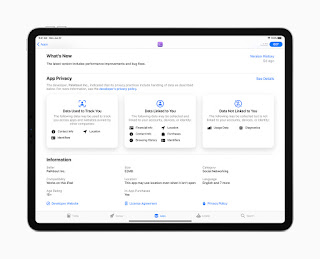 The following features are ones Apple has confirmed are coming to iPadOS 14.

The first new feature Apple mentioned for iPadOS 14 is an improvement for its own apps – it used Photos as an example, and mentioned Notes and Files too – which adds a sidebar to improve navigation, in the same way that macOS has a bar at the side of Finder windows which shows all the menus available.

If it wasn't already clear that Apple wants iPadOS to feel like a 'Lite' version of macOS, it certainly is now. 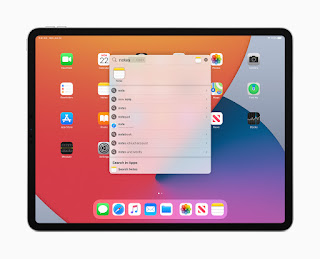 Arguably the biggest new iOS 14 feature is widgets, and this is coming to iPadOS too – and it's possible that these will be even more useful on the larger iPad screens.

Widgets let you bring little snapshots of an app's functionality to your home screen –say a music controller for your Spotify music, or blobs that show how much money you've got in your bank account. In iPadOS 13 you could see these to the side of the home screen, but you couldn't move them about to different screens – now you can.

Android devices have had these kinds of widgets for over 10 years now, and with Apple bringing them to iPhones and iPads it means there's one less distinction between the operating systems.

Widgets you don't assign to your home pages will still stay in the sidebar on the first page though, and a new feature called Smart Stacks can automatically bring up which it thinks will be most useful for you depending on where you are, what time it is and what you're doing at the time. 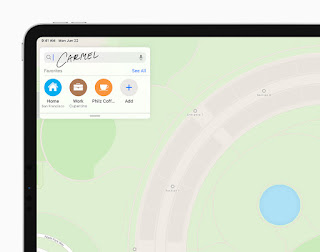 As with iOS 14, Siri is getting an overhaul with iPadOS 14, which includes smarter machine learning for improved results, and compact notifications for incoming calls instead of a total screen takeover.

Search has been downsized too, so you don't need to hide the app you're using – a small search bar appears over your app or the home screen without hiding it completely. It's now better at searching your iPad for apps and documents, as well as browsing the web for answers to questions.

Another feature we're going to list here is automatic translations in Safari, so if a web page isn't in your language, you can easily translate it to your native tongue.

A big Apple Pencil feature coming to iPadOS is that the operating system will convert your handwritten and scrawled notes into actual text, which you can insert into a document or use in an email, for example. This will be hugely useful for people who prefer writing with their hand over typing on a keyboard (or people who simply don’t have a keyboard for their iPad), and it’ll be great for quickly taking notes or turning annotations into actual documents.

This works by you simply scribbling with your Apple Pencil over any text box, and the notes will be transformed into text.

The same principle applies for shapes, so if you're in a drawing or sketching app the device can 'see' shapes you try to draw, as well as lines, and convert them into more precise shapes to neaten things up.

The majority of iPadOS 14's big new features are actually from iOS 14, and while we've mentioned most of the major ones already, we should mention a few more.

Apple Maps has been gradually getting a big upgrade through 2020, with more US cites getting improved mapping and street view, and this will also come to cities in the UK and Canada with iOS 14 and iPadOS 14.

Check out our iOS 14 page for everything else you need to know about that operating system, and to read more about these and other features.
Tags
2020 smartphones Announcement Apple iPad pro iPad pro 2020 iPadOS 14